They had the rights to a bit of IP which *defined* audience participation when the word participation took up to 20 seconds just to say. They had a castle.

What they ended up with was:

THE GREATEST LARP THAT NEVER WAS

…and this is *precisely* what I was hoping for from Knutpunkt, so thanks Aina, Martine and Simon. This is the hard stuff.

This session is about the design of the larp, not the reasons why the event never happened. Simon got the rights, and Aine and Martine were the designers.

Simon got the rights and as Aine reported… There was an unusual flaw.

The larp could be official *only* if it were extravagant.

Hence real motobikes, not sound effects. Hence a live band, and a meta-technique – if someone needs to break into song – they just can, and the band would keep up. Hence a creature from the black lagoon in a modifed scuba suit in the ornamental pond, made by someone who makes creatures from black lagoons in a modifed scuba suits, using the castle’s ornamental pool. Hence lyrics on the castle walls for the last song. Hence a large computer from the 1950s, which could answer questions (OK, they’d fake the questions, but not the actual computer…

A larp with no limits.

“We said yes to all these things.”

The world has moved on. Some of the themes of the show are more problematic. Frank-n-Furter is a great villain, he has the best lines, but he’s a deviant, a murderer and he’s not someone who’d celebrate. They designers wanted a larp where characters could rage against restrictions, but a larp which could be inclusive. So they took the deviance out.

And some commentators on their design felt the queer had gone, and without the queer it wasn’t a Rocky Horror experience any more.

“This larp had a plot.” says Simon. He says “Plot” is what happens before the larp – it’s what designers write. The story is what happens *at* the larp, the process of playing the larp and “narratives” are what are told afterwards.

(I wish he’s just agree with me that stories are the output, but there it is…)

The plan was – Frank-n-Furter had met Ed Wood at a party, agreed to be in a film, and while the film was being filmed – aliens were watching, and believing the film was a documentary, they joined in…

“We didn’t know how the larp would end.”

What the writers would do is *seed* the larp with ideas, and the players would take it from there, using tools and agency. During the larp: writers play, NPCs play, players play. During the game: the NPC “bunker” would react to what the players did.

In – I suspect – an atmosphere of utter chaos. I’ve been in similar places before. He calls it “combat naratology”; to look at what the players are doing and enable it. To trust the story, and trust that means each participant leaves with a consistent and satisfying narrative.

Q: “I’ve heard from participants of the playtests, and I’m not sure I should believe them…”

A: “There were no playtests.” (To widespread amusement.)

Q: Was it always planned to have a crescendo at the end of the larp?

Q: Should you have gone for the rights?

A: “Yes. I’ve had cease and desist letters in my larp career, and I don’t want another.” and also “It’s cool. Of course.”

Q: “Can you talk about the indiegogo?”

A: “Yes. A failed indiegogo is not a cancellation.” “To us: it’s not that we’re bad designers, it’s not that WE did anything wrong…” In terms of the scale/pricing: “We could have boiled it down. We didn’t” (The original design was a black box…)

(During the session, they called it a Kickstarter – I’m pretty sure it was an Indiegogo)

Q: How were you going to cast?

A: The canon characters? By casting video. (The Rocky Horror Picture Show company used to have rules. Physical and gender based rules – which the organisers got permission to break… Singing ability was non-negotiable.)

True fact: the larp had the rights to build on the *stage play* not the *film.*

And so were not allowed to use any of the film’s iconography. 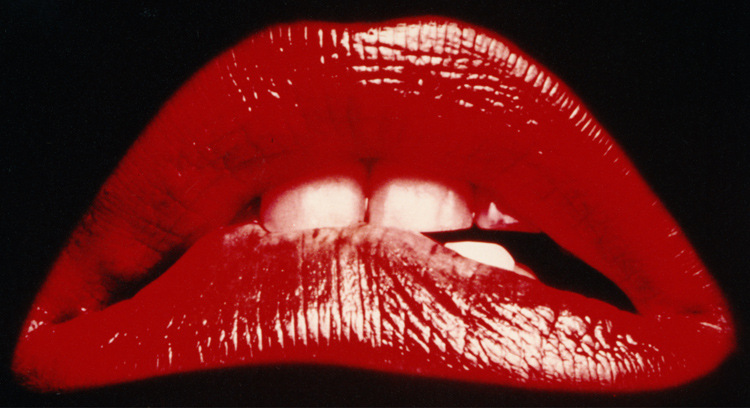 Another true fact. The concept of “combat naratology” will be utilised at *another* upcoming larp, for which tickets are available right now. Simon describes it as a”Druid training camp”, or maybe “Lord of the Flies in a wizard school”.

It will be Enjoyable. And Worth Your Attention.

It is called Avalon.

One thought on “#kp2018 liveblog: They had everything…”